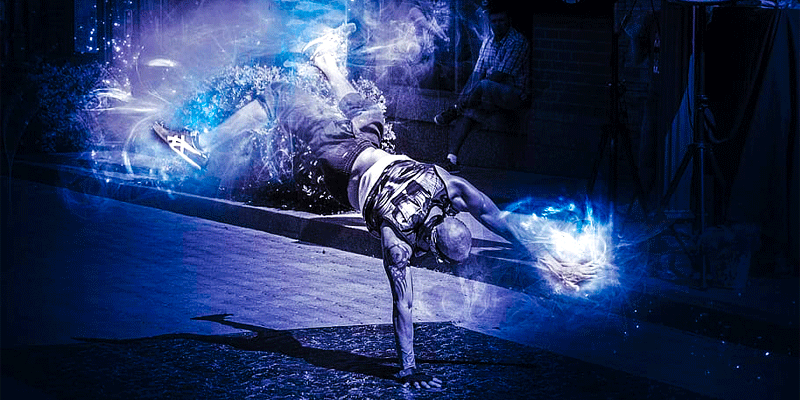 People have been using their bodies to artistically express themselves for as long as we’ve had them. The art of dance comes as naturally to us as breathing. And, over time, people around the world have come up with wonderfully diverse styles of dance that reflect their cultures.

This article will list off some of the more prominent and interesting dance styles. Moreover, we’ll discuss their history and what makes them unique. Of course, there are tons of other popular dances out there, but these have a special place in the art world. So let’s get to it!

Of course we would kick off this list with the grand-daddy of all dance! Ballet is among the most graceful and delicate of all dances, yet it requires astonishing amounts of strength, balance, and dedication to master. Classical ballet is the first to come to our minds, but it isn’t the only kind of ballet. We typically divide it into three categories, those being classical, neoclassical, and contemporary ballet.

From the Courts to the Crowds: A Brief History of Ballet

Ballet originated in Italy in the 15th century, mostly practiced by nobles. At the time, flashy costumes were vogue in the ballet scene, and dancing in those was cumbersome. The dance spread into France under the influence of Catherine de’ Medici, the country’s queen during the mid-1500s.

This was where the dance would experience its most profound transformation, approaching closely to what we today recognize as ballet. The names of Jean-Baptiste Lully and Pierre Beauchamp became cemented during these times as being the prime shapers of ballet.

By the first half of the 1800s, ballet fell out of favor in France. However, Italy, Russia, and Denmark took over the torch. In fact, it was Russian dancers — Sergei Diaghilev’s Ballets Russes, to be more precise — that reintroduced it to Europe after its slump in popularity.

This was right around where more modernist interpretations of ballet appeared, creating the other classifications we mentioned. These had a more down-to-earth, personal approach, effectively giving the dance away to the people.

This dance comes with centuries of high-class tradition and great conservatism, with the exception of the more interpretative subtypes. As such, technique is paramount, and every movement must appear lighter than air.

This command over technique is grueling to attain, but it shows when someone does achieve it. Professional ballet dancers seem to defy natural human movement as they weave across the stage in a mesmerizing display. It takes years of dedicated practice to master it, but the result is heavenly, to say the least.

Moving on from ballet, let’s take a look at an entirely different approach to dancing. Belly dancing is the epitome of the exotic for Western cultures. This smooth, seductive style of dance is full of snake-like movements that show an effortless kind of grace. Its power truly comes from within, as the torso shifts and shimmers like a mirage in the sun-blasted desert.

The Centuries-Old Tradition of the Belly Dance

Most people associate ballet with being the oldest of dances. And old though it may be, some sources point to belly dancing being much, much older. Writings as old as the first century reference strange quivering and undulating dances in Spain and Asia Minor. Quite similar to what we see today, isn’t it?

Belly dancing was certainly prevalent during the Ottoman Empire. The sultan would surround himself with such dancers, which could be either women or boys. Nevertheless, later European travelers described the dance thoroughly, and we saw it spread onto the Old Continent around the 18th century.

With the rise of Islamic fundamentalism in the Middle East, the art of belly dancing fell out of favor there. That said, countries like Turkey and Morocco still cherish this artistic tradition, and belly dancing is alive and well there.

What sets belly dancing apart is its focus on torso-centric movement, while the rest of the body serves as decoration. The goal is to create an unending series of seductive, circular movements. This makes it relatively easy to master move-by-move. However, chaining them together in fluid motion provides a lot more trouble. It’s also a great physical activity for the spine since it promotes core strength and flexibility while being easy on the joints.

Jazz dance can refer to many different forms of dance expression. It’s an eclectic mix of influences and inspirations that creates a truly unique experience. Though coming in a multitude of forms, you can spot some common roots in all of its denominations.

Many Pieces of One

Jazz dance, as we know it today, comes from the late-1800s African-American vernacular dance. Joe Frisco was among the first such dancers to capture the imagination of the public, with his wild, loose-limbed style.

During the ’50s, most people associated jazz dancing with tap. Few could blame them for doing so, since jazz dance shot out into a swath of different subgenres, from swing to cakewalk. But the likes of Katherine Dunham planted the seeds of what we consider proper jazz dance after the 1090s.

When it hit Broadway, jazz dance evolved into what is perhaps its most widespread type: modern jazz. Nevertheless, this dance style prevails to this day in all of its forms, with tons of schools throughout the world.

In the world of jazz music, technique is vital. Its many twists, spins, splits, jumps, and turns require near-flawless execution to be up to snuff. Balance becomes imperative because all the moves emanate from the torso. Stretching and core work are integral parts of jazz dance precisely due to this. Excellent coordination is the only way to deal with the complex moves and choreography in this dance style. 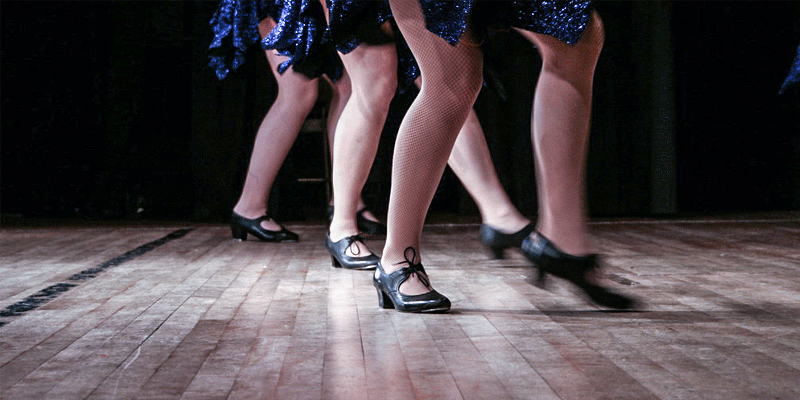 Perhaps the jazziest of all dances, tap dance is synonymous with the silver screen greats of old. We recognize tap dancing by its most iconic piece of equipment: the tap shoes. These shoes come with metal pieces on both the toes and the heels. Hitting the ground with these shoes creates that characteristic clack that defines this dance.

A Wide Range of Influences

Saying, with any high amount of accuracy, from which dance tapping originated is quite difficult. This is because we find similarities in multiple dance styles from around the globe. Spanish flamenco is one of them, with its rhythmic stomping of the feet. English clog dances, as well as the Irish jig, could have also served as inspiration for the tap.

In the early 1900s, pairs like Buck and Bubbles brought much of the standard tap aesthetics to the table. The most notable one was the so-called class act, wherein the pair would dress in tuxedos to perform their routines. Percussive tapping also became popular because of the duo.

Up until today, pioneers like Bill “Bojangles” Robinson, Alice Whitman, and the Nicholas Brothers both popularized and refined tap dancing. The latest worldwide propagation of tap dancing, strangely enough, was the 2006 animated film Happy Feet, featuring a tap-dancing penguin.

Whoever Has Rhythm Can Tap

Tap dancing isn’t particularly demanding as far as physical exertion goes. The dance mainly focuses on the feet and ankles, and the legs do most of the work. It’s special in that even older people can start learning tap with little fear of injury or exhaustion.

That said, the mental challenge is much greater. Seeing that this is a particularly percussive dance, it requires precise timing. This means that, while the feet won’t tire so easily, you’ll quickly wear out your mental focus trying to keep them in time.

Also known as modern or urban dance, street dance is among the most modern additions to this art form. It’s a dance of the people, so to speak, since it’s a so-called vernacular dance. Now, we’ve mentioned vernacular dance in passing, but some might not know what that is. Vernacular dances are basically dances that emerge from communities spontaneously without any formal teaching or standardization.

Modern Dance’s Arrival to the Scene

Influences of street dance are plentiful, but the likes of clogging are credited with much of the contribution. Clogging originates from 19th-century English factory workers that would use their feet as percussive elements to complement the accompanying music. While it did much to birth tap dancing, the community-driven creation of jigging also resulted in urban dance.

The difference between the more traditional forms and this one is that the latter developed outside formal spaces like dance classes. In other words, the dance evolved on the streets, wherever there was space for people to do it. Breakdancing proved the most popular, primarily because of the spectacular acrobatics it entails. The hip hop music movement in 1970s New York actually doesn’t have much to do with urban dance, contrary to popular misconception.

Street dancing is quite energetic in nature. It goes well with upbeat modern dance music, which means it requires a good measure of physical preparedness. And breakdancing, in particular, will turn you into a very fit person indeed! A great deal of spatial awareness and muscle strength (especially stabilizer muscles) goes into performing these moves successfully. The amazing spins and balancing acts are as demanding as they are spectacular. That said, other types of street dance, like locking or popping, are much more accessible.

However You Move, It’s Good

The above types of dance have captured the imaginations of millions of people for centuries. They each have something special that they bring to the table, like a spice that makes the meal all the sweeter. They are far from the only ones worth your consideration, but they nevertheless represent the quintessential aspects of dance that truly makes it art.