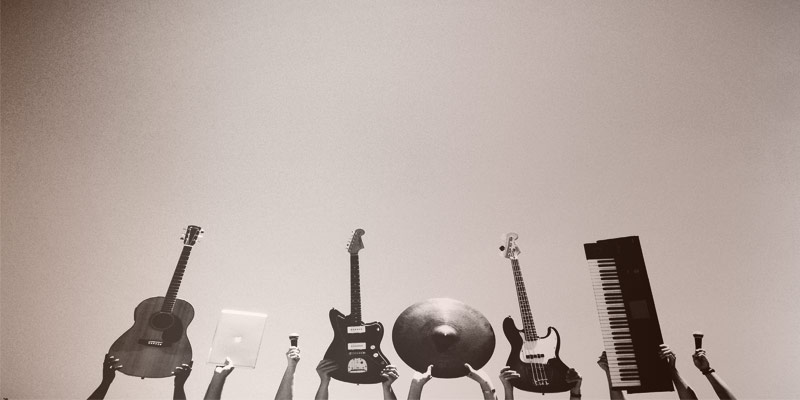 Every day, a new artist and new music appear in the world of show business. But are they good enough to take the place of the classics people have been listening to for half a century?

When listening to the latest releases, one cannot help but feel as if they have already heard them. Well, the thing is, all that new music somehow stems from some well-known and beautiful classics. On the one hand, this is quite normal and acceptable. Classics are simply irreplaceable — they are so good you simply must love them. On the other, is it that difficult to come up with something totally unique and original? It seems it is.

Speaking of classics, are any of these on your playlist?

‘The Mercury Demos’ by David Bowie

At the dawn of his career (in the 1963–1969 period, to be precise), Bowie could neither identify his actual musical identity nor establish himself as a musician properly. He roamed between a dedicated folk music singer and an eccentric showman. His talent was apparent, but he just could not discern how to express it. Before the release of the exceptional “Space Oddity,” (shortly before the Apollo 11 landed on the moon), Bowie gave some of his previously unreleased demos to Mercury Records. The album contained 10 songs, nine of which had never been played before. If you don’t possess Sound + Vision box set, chances are you aren’t familiar with the rare version of “Space Oddity.” if you haven’t heard it before, do it immediately. You will be delighted.

‘The Guitars That Destroyed the World (Live)’ by Generation Axe

Two years ago, some of the most amazing world’s guitarists toured the globe and demonstrated their talent for rock and metal music. As you may have guessed, those were Yngwie Malmsteen, Steve Vai, Nuno Bettencourt from Extreme, Tosin Abasi from Animals As Leaders, and BLS/Ozzy Osbourne’s guitarist Zakk Wylde. While touring China back in 2017, the guitarists decided they had to record an album. This compilation contains some of the most exquisite riffing, shredding, and solo parts from all those concerts.

‘Sigma’ by The Alarm

The Alarm that has previously released “Rain in the Summertime” and “68 Guns” has returned. Back then, the Alarm was among the most zealous bands you could see performing live. Previously known as the punk band the Toilets, the Alarm appeared back in 1981 in Wales. They released a number of records that were even compared to U2. “∑ Sigma” (the official name of the album) might as well be considered as the “EQUALS” follow-up. Besides, the Cult’s Duffy and Billy appear as guests on the album.

Live From the Beacon Theatre by The Doobie Brothers

In November 2018, the band The Doobie Brothers played the entire The Captain and Me (recorded in March 1973) and Toulouse Street (recorded even 47 years ago) at the Beacon Theatre located in New York. A high number of hits from the period of Tom Johnston, like “Take Me in Your Arms,” “China Grove,” “Long Train Runnin,” and “Listen to the Music” are included on the album — a true influx of nostalgia.

Echo in the Canyon Soundtrack

Regarding nostalgia, those who loved the music that emerged in California back in the 1960s will adore both the movie and the soundtrack. The film recounts the events in Laurel Canyon in the 1965–1967 period. Besides Mamas and Papas’ and the Byrd’s songs, the movie presents Jacob Dylan’s tribute music. Famous stars like Neil Young, Nora Jones, Beck, Stephen Stills, and Fiona Apple also appear in the film.

Blur’s Damon Albarn is the main leader of the colossal group of African musicians based in the U.K. The group also includes Gruff Rhys from Super Furry Animals as well as Nick Zinner from Yeah Yeah Yeahs. The track itself sounds quite exotic and hypnotizing but at the same time, accessible. Check out the entire album, “EGOLI.”

‘Cold Nights’ by The Meringues

This fresh boy-and-girl band from Kingston was recently exposed to the world. The band members won’t tell whether they are related or a couple, but nevertheless, their post-punk music sounds quite nice.

‘Crash’ by The Primitives

The Primitives is a British indie-rock band that originates from Coventry, the U.K. The band appeared back in 1984 and belongs to the same music genre that delivered famous bands such as The Jesus and Mary Chain, Primal Scream, and The Mighty Lemon Drops. The Primitives’ greatest hit “Crash” was recorded more than 30 years ago, but still sounds like some of the latest hits.