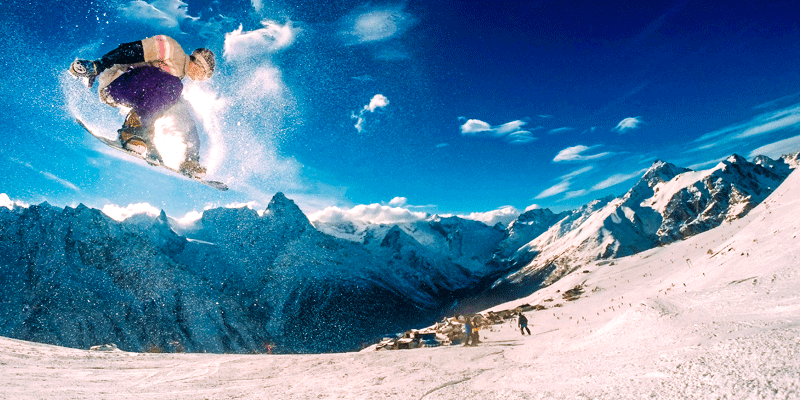 Snow-smothered mountain caps, cold and reinvigorating air, and moving at adrenaline-pumping speeds: is there a better way to spend a day? You might think of other ways to do so, but you would probably be wrong.

Yes, the act of snowboarding is, simply put, exhilarating. Speeding down steep slopes at breakneck speed does wonders to get your blood hot. But nobody just plants their feet on a snowboard and immediately goes off doing amazing tricks.

The fact is that it takes time to master. But how much time?

As with anything else in life, how long it takes to learn snowboarding depends from one person to another. Some might be naturally more inclined to picking it up quickly. Meanwhile, others may struggle to do it competently.

This is why it’s difficult to say precisely how long it takes someone to start snowboarding effectively. The amount of time will vary from individual to individual, so one person’s effort won’t necessarily coincide with yours.

And the variables don’t end at the person’s capabilities. Other factors can also affect the amount of work one may need to put in to get results. Things like the quality of your equipment (e.g., your snowboard boots), how competent your teacher is, and an entire line of other circumstances can impact your learning experience.

That said, when looking at it globally, there is an average that should give you a fair estimate of how long you’ll have to wait until you hit those slopes with conviction and grace. It takes people — on average, we have to emphasize — between three and six days to get the hang of the skill.

But we should discuss the aforementioned interfering factors a little bit more. Some are more obvious than others, and you’ve likely never thought that some would impact the learning process at all. So, just to give you a decent idea of how much goes into effectively learning how to snowboard, here are some of the most important matters to consider.

The clothes you wear will affect how you feel and move while snowboarding. Given that it usually takes place on the mountainside, snowboarding entails some pretty chilly weather. You’ll regularly be dealing with sub-zero temperatures, so your clothes ought to be appropriately insulative.

What most people get wrong is that they believe they’re dressed well enough to endure the biting cold when, in actuality, they aren’t. And it might be cold enough for them to waiver in their determination just standing there, but novices will also fall down. A lot. In the snow. And that isn’t terribly warm.

All of this, when combined, really puts people off of learning how to snowboard. They will be more likely to quit too early if they feel too cold. And when they quit too early, their progress suffers.

This one is much more obvious to people. After all, we’re dealing with an extreme sport wherein participants whoosh by as fast as a car, with nothing to protect them, save for some padding. It’s true that the ground below them is snowy and soft, but at such velocities, it doesn’t matter. Your momentum is so high at that point that the softness of the surface below counts for nothing when tumbling down at 40 miles an hour.

That’s a scary thought. And the danger of falling down and injuring oneself severely can get to people quite a bit. Even if they manage to gather the nerves to come to the lessons, actually going through with them is harder still. That said, the first fumbles and falls are the hardest, and you quickly learn how to land safely. But the fear factor nevertheless renders it harder to master.

A positive attitude is half the job. As we’ve already mentioned, nobody really picks up a board and instantly becomes a snowboarding ace. In fact, novices spend more time face-down or butt-deep in the snow than on their feet.

This could prove extremely frustrating to a lot of beginners. The fact that the first day or two show little progress can really get under your skin. And those who lack the patience and determination will probably just give up after a few flops.

The key is to maintain an optimistic outlook. You didn’t get it now, and neither will you get it the next five times, but you’ll nail it the time after that. And once you do it right, the odds of you doing it well increase massively.

Now, this might sound similar to being afraid, but trust us when we say that it’s different. You might not feel all that afraid of stepping off the ledge with a snowboard, but you might be quite careful and aware of your own capabilities. 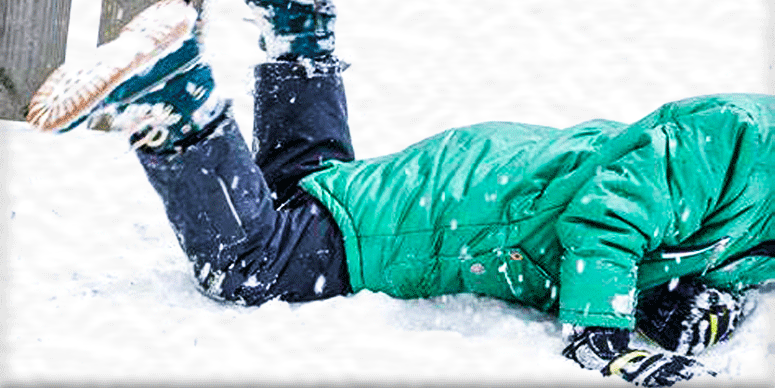 In other words, if you don’t think about the dangers of doing something reckless, you might wind up getting hurt. Taking unnecessary risks when snowboarding, while sometimes necessary, is ultimately a losing game.

Risk management is understandably difficult when you first start snowboarding. But once you’ve got a decent command of the skill, you’ll intuitively know what actions are risky and which ones are less so.

Are You Physically Fit?

Your level of fitness logically carries over to how well you’ll be able to snowboard. Of course, you needn’t be Adonis reincarnate to be pretty good at it. However, people with bad joints, chronic pains, weight problems, or other such issues are going to struggle more.

Snowboarding is a demanding sport, and it can really shake up the body. You certainly understand why, given how much falling is involved. And fit people tend to be more resilient than others in terms of bone density and the like.

Are You Learning On Your Own?

Most people decide to learn snowboarding by way of formal lessons. In other words, they pay a professional snowboard instructor to show them the ropes. These people normally have plenty of experience in teaching people exactly what they need to know to get started.

Others might resort to having their friends/acquaintances show them how to do it. This could also work just as well if the person doing the teaching is adequately prepared to teach. They might not have any experience in giving instructions and pinpointing what beginners should do, making them poor teachers.

But others still might think it appropriate to try learning on their own. That is a bad idea, and a surefire way to end up hurt, and pretty badly at that. Snowboarding isn’t easy, as you might have concluded by this point, so the odds that you’ll perform perfectly without a hitch are close to nothing. And mistakes can lead to injury in a heartbeat if not corrected.

How Much Do You Practice? 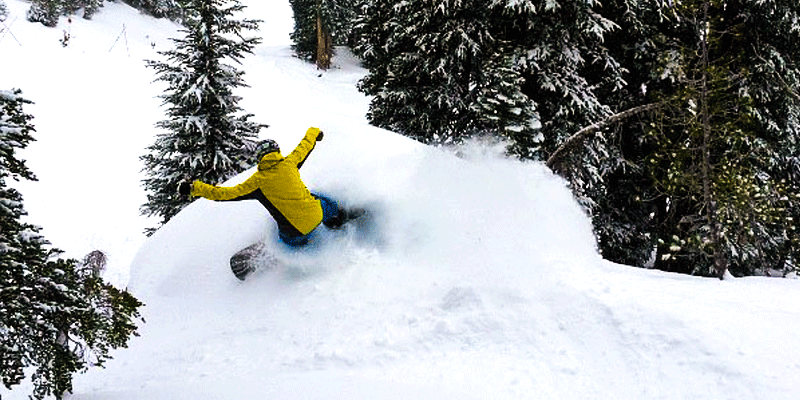 Practice makes perfect, as they say. And those who practice more often, no surprise, will become better faster. When you compare someone who snowboards every day for three hours with someone who practices for an hour two times a week, it’s clear who will master the sport more quickly.

On the other hand, there’s no real need to be out on the slopes 24/7. You’ll wear yourself out, and being tired only increases the odds of you getting injured. Find a pace that you’re comfortable with and stick to it unless your instructor tells you to change it.

Skiing and snowboarding are fairly similar in many respects. The adage goes that it takes less to learn skiing, but more to master it. But due to their common points, knowledge of one will bleed into the other, making it easier to grasp.

That said, this doesn’t mean that it makes the learning trivial. Knowing how to ski will help you with things like different types of snow, how to shift your weight, and fall lines (the most direct way downhill). But snowboarding has you assuming an entirely different position, which will feel unnatural at first.

From all the above, it’s clear that a lot goes into learning how to snowboard. Seeing how many things we’ve listed here, you might have concluded that snowboarding is exceedingly difficult. It may seem daunting at the onset, but you’ll be surprised by how quickly you’ll adapt to and, eventually, command the board below you. With a bit of hard work, you’ll be sliding down those slopes like you were born on them!