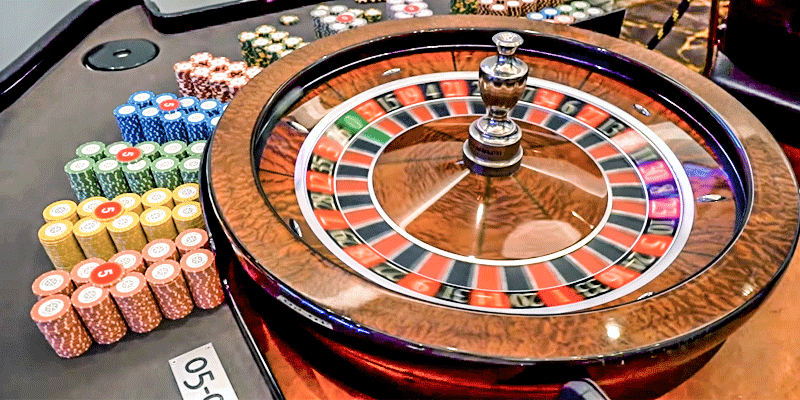 People have been trying to “beat the house” for as long as casinos have been a thing. There’s always someone that claims that they’ve found a way to turn the tables in their favor. And many have indeed found methods to make casino games slightly more profitable, and they usually involve mathematical thinking.

But what about roulette? You don’t hear about people leveraging logic, math, or whatever to beat roulette as often as blackjack, for instance. Also, most tips regarding roulette have to do with general common sense, like finding the best online casino for roulette so that you don’t get cheated out of your cash. Is there a reason for this? And are there any viable strategies that use math to ensure winning?

Before we jump into it, some of you reading this probably don’t know much about roulette. So let’s first start by analyzing the game itself. Once we’ve covered those basics, everyone will have an easier time following the rest of this article.

At its core, the ruleset for roulette is dead simple. You choose a number, color, or pairing of numbers on the wheel to bet on and hope the little ball lands where you want it.

You may wager on the so-called inside and outside bets. The former involves all the specific numbers and some combinations of them, while the latter includes more general bets, like betting on black or red. Looking at the table makes it clear which is which, since the inside bets are the numbers in the center, while the outside bets are the ones that surround them.

The two main subsets of roulette are American and European. The main distinction between them has to do with the layout of the wheel numbers. But you should know that the former has a higher house edge, which is a concept that deserves a bit of clarification. We’ll get to explaining the differences between these two variations after we elaborate on the house edge. 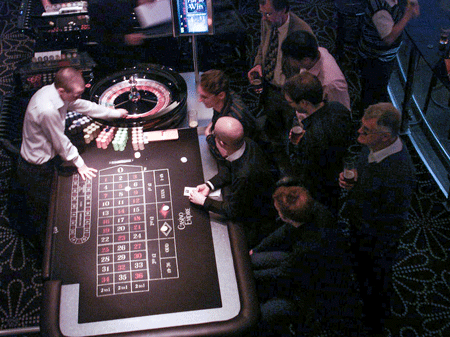 What Is House Edge?

House edge is a percentage that determines how substantial an advantage the dealer or casino (aka “house”) has over players. This number becomes more relevant the more games you play, and you’ll notice it in your bankroll.

European roulette, for example, has a house edge of 2.7%, which means that you’ll (on average) be losing 2.7% of your overall gambling money. So if you’ve played for long enough, you’ll see that you’ve lost $2.7 for every $100 you staked.

The colors of the numbers alternate from black numbers to red ones (1 being red, 13 black, 36 red, and so on), with the zeroes being green. The high-value and low-value numbers also alternate to a degree, so you won’t find numbers of similar values close to one another.

However, the fact that it has two zero pockets increases its edge to 5.26%, making it less favorable to the player.

The sequence of red-black colors is basically the same as in the American variant. Furthermore, the low-high variation is also present, but it’s also more consistent. European has only a single zero pocket, which renders it more advantageous to the players, with a house edge of 2.7%.

Can You Use Math to Dominate the Wheel?

It’s pretty evident that roulette is laden with numbers. Therefore, it’s easy for people to assume that math could help you win more consistently. The problem, however, is that leveraging math won’t get you far.

Why does math do little to help? Well, the main issue is that roulette is random, even when compared to other table games.

You see, in something like blackjack, you can’t actually know what cards will land on the table. That said, you always have a fixed roster of cards, and the longer a game lasts, the more likely certain cards are to come than others.

But roulette starts from scratch every turn, and where the ball has landed before has no bearing on where it will land next. If, let’s say, the game gradually removed pockets during play, then you might be able to boost your advantage. But your odds are the same every time, no matter what. 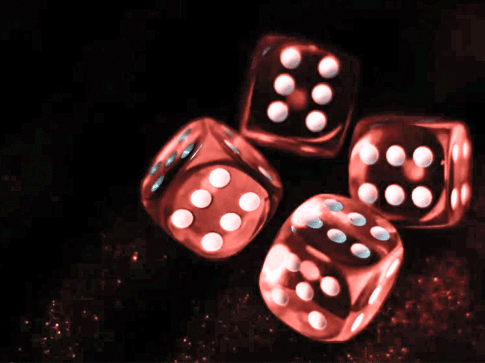 Furthermore, people often fail to realize that roulette isn’t as much of a numbers game as it’s a physics game. Sure, you have numbers on which you bet, but the central piece of the game is the ball. The trajectory of this ball will depend on a series of factors — from how the dealer spins the wheel to the tilt of the table.

There are so many variables in the initial conditions that predicting the results in roulette is a job more suited to chaos theorists. In fact, a group of chaos theorists, Chi Kong Tse and Michael Small, did attempt — and succeed — to create a viable prediction model.

But most of you don’t study chaos theory, nor do you have access to or understanding of the resources needed to implement this model. So are there easier ways to win reliably?

Take Your Math to Betting Strategies

As we’ve just established, all the variables involved in roulette make it impractical to predict results. But while you can’t control what happens on the wheel, you do exert control over your bankroll. You decide whether to bet on even or odd, black or red, and so on. You also choose how much to stake, when to cut your bets short, or when to drive them through the roof.

So you would be wise to integrate some clever betting strategies. There are quite a few of those, and they vary depending on your playing style. Some are more conservative, while others head straight for the jugular, so to speak.

That is where we will list a few notable betting strategies. We’ll try to cover as much ground as possible in terms of diversity. So expect both high-roller strategies and cautious tactics here. And don’t worry about these being terribly difficult to understand or implement. All of the below strategies are quite easy to learn and use.

The Martingale system is a popular method that plenty of gamblers adore (especially beginners). It’s a particularly risky strategy at heart, but it can pay out massively with a bit of time, luck, and cash.

The core premise is that you start with the minimum required stake and double your bet whenever you lose. Once you win, restart the whole thing. It’s a pretty straightforward idea, and it does make sense. If you keep losing, the amount you must win to bounce back becomes progressively larger. And when you keep increasing your bets and eventually get lucky, the winnings should be large enough to cover your losses and then some. 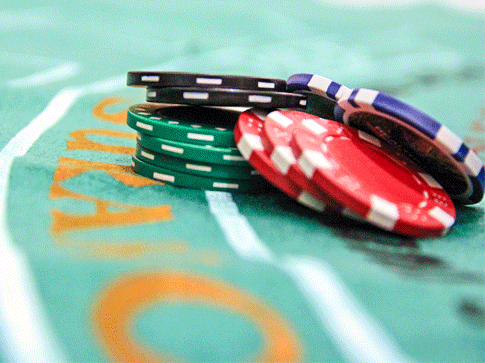 However, you shouldn’t roll with the Martingale without first considering its downsides. Because you have to keep ramping up your bets, this system requires a huge budget to be feasible. Moreover, Martingale is a pretty rapidly progressing strategy and can easily get out of hand. You could see yourself burning through your bankroll in but a few spins if you aren’t careful. Not to mention the fact that you reach the table’s bet limit quite quickly by playing with the Martingale.

If you have plenty of disposable cash and are looking for an opportunity for quick profits, this tactic should work for you nicely. Just beware of the equally present risk of flopping, and expect to lose a ton of money if you aren’t careful.

Some call this strategy the reverse Martingale, and for a good reason. It involves basically the same strategy, except that you double your bets whenever you win. Conversely, you should reset your stake to the minimum whenever you lose.

The Paroli method is considerably safer than the Martingale. It relies on the notion that wins and losses come in streaks. That is why the system strives to take advantage of that by riding the winning streak until it runs dry. Whenever you don’t win, you lose a large chunk of cash but can continue playing since you proceed to stake the minimum amount again.

That said, this tactic won’t work for you well in the long run. You still face odds that aren’t on your side, and the house edge will begin rearing its head the longer you play. And since the Paroli involves putting increasingly more money on the table, a single loss will wipe out tons of cash you could have pocketed.

Those who know when to leave the table will find the Paroli system the most helpful. With it, short games are your friend, since it only takes a few winning turns to rake in serious profits.

This one counts among the safest tactics that you can try. It also works by adjusting your stake on a win-lose basis. This time around, though, you don’t go as far as doubling your previous bet. Rather, you choose your own amount, though it has a limit beyond which the system isn’t as stable.

To use the D’Alembert, you need to decide on a unit by which you will either increase or decrease your wager. This unit shouldn’t exceed 1% of your total bankroll, but most agree that around 0.5% is the most effective. When you lose, you up your stake by this amount. When you win, you lower it by the same amount.

As you might guess, this method doesn’t pay off big, seeing that it works with a tiny percentage of your money. That said, the longer you play, the more profit you’ll see. It’s mainly concerned with playing safer bets that don’t pay out as much, mainly those with around 50% odds, rather than betting on a single number. Therefore, the more you play, the more evened out the wins and losses will be. Consequently, your winnings will more likely increase by a slight amount.

Unfortunately, there aren’t viable ways in which you can use math to consistently win at roulette. It just contains too many variables that we can’t measure or even see. Chaos theorists may get a better handle on it, but their calculations are well beyond what most people will understand. Betting systems will have you faring better, but that’s about it as far as raw numbers go on the roulette table.

For the most part, the outcome is in the hands of Lady Luck, so hold onto your hats and hope for the best.